“As the blinding blue sky turns to a crimson reddish dusk, and into the cold dead blue of night, the world changes drastically. The sky boxes create a tangible sense of scope and atmosphere in all weather conditions, and it’s truly spectacular.” Telegraph UK

The game Mad Max that I have worked on for nearly two years creating skyboxes was just released!

This game was a very exciting challenge. The ambition was to create something really special with the skies since the game is placed in a desert. I have worked on this project for almost two years traveling over the world photographing different weather conditions and different skies. Photos were taken on remote islands, up in the northen mountains, in the south and of course in the desert. The best skies and clouds were then painted together, some of the more complex skies were built from up to 300 photos creating staggering files up to 30,000 pixels wide in 32 bit color depth. One of the challenges was to create exciting clouds and yet make them real (another was going up at 5 in the morning!).

Every step of the process of creating a sky has been carefully crafted, there should be no compromises. The lenses are picked carefully and their optical characteristics are tested. Multiple exposures are captured to create a 32 bit image with very high resolution. Several panorama and hdr programs have been tested and together with Andreas Öberg (Associate Art Director/Lead VFX at the time for Mad Max) developed a process for reducing noise, banding, enhancing detail and making sure the luminance was steady between the images. These are some screen shots from the game of differnet skies (thanks to the wonderful Steam community for providing many of them!). 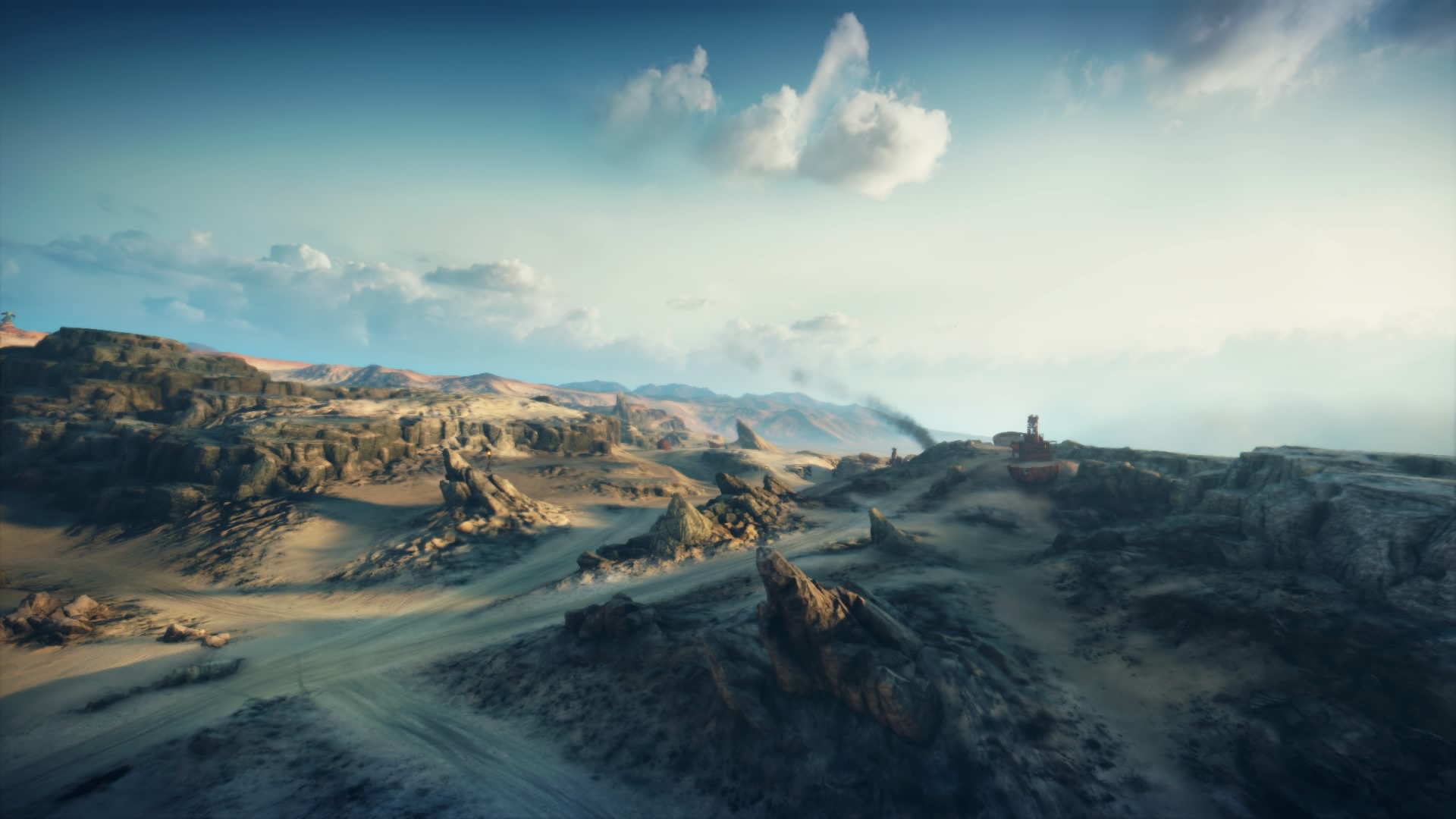 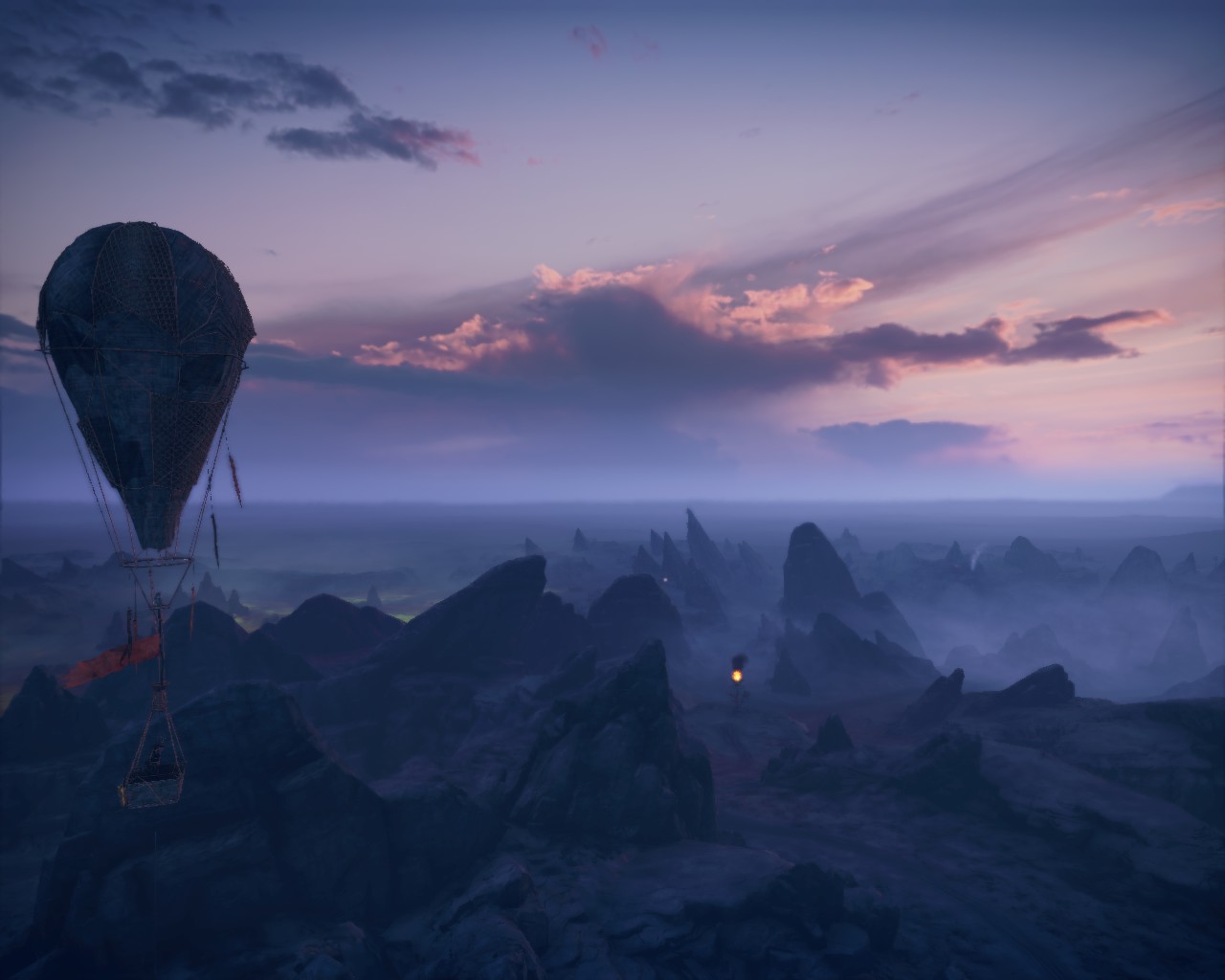 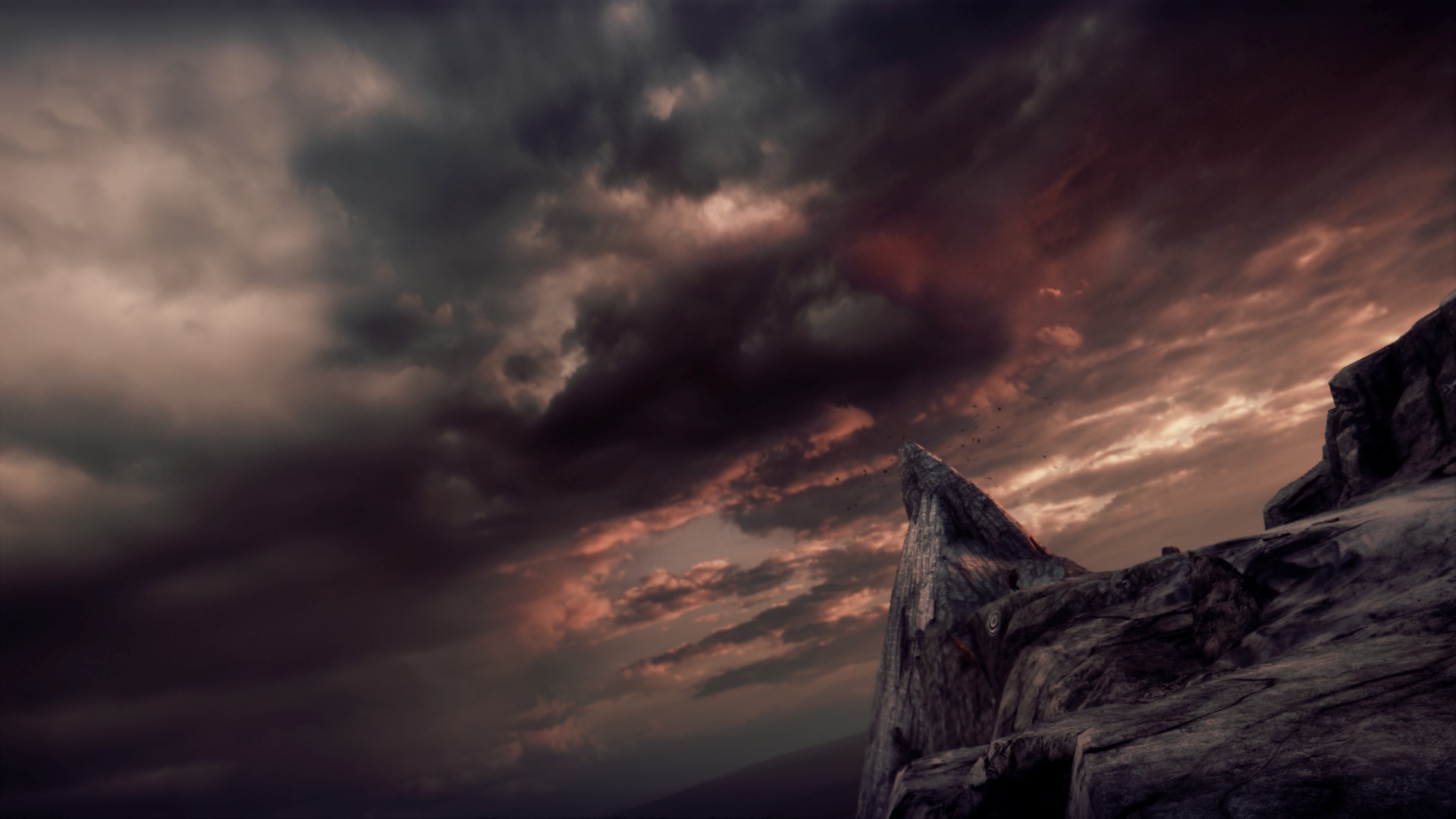 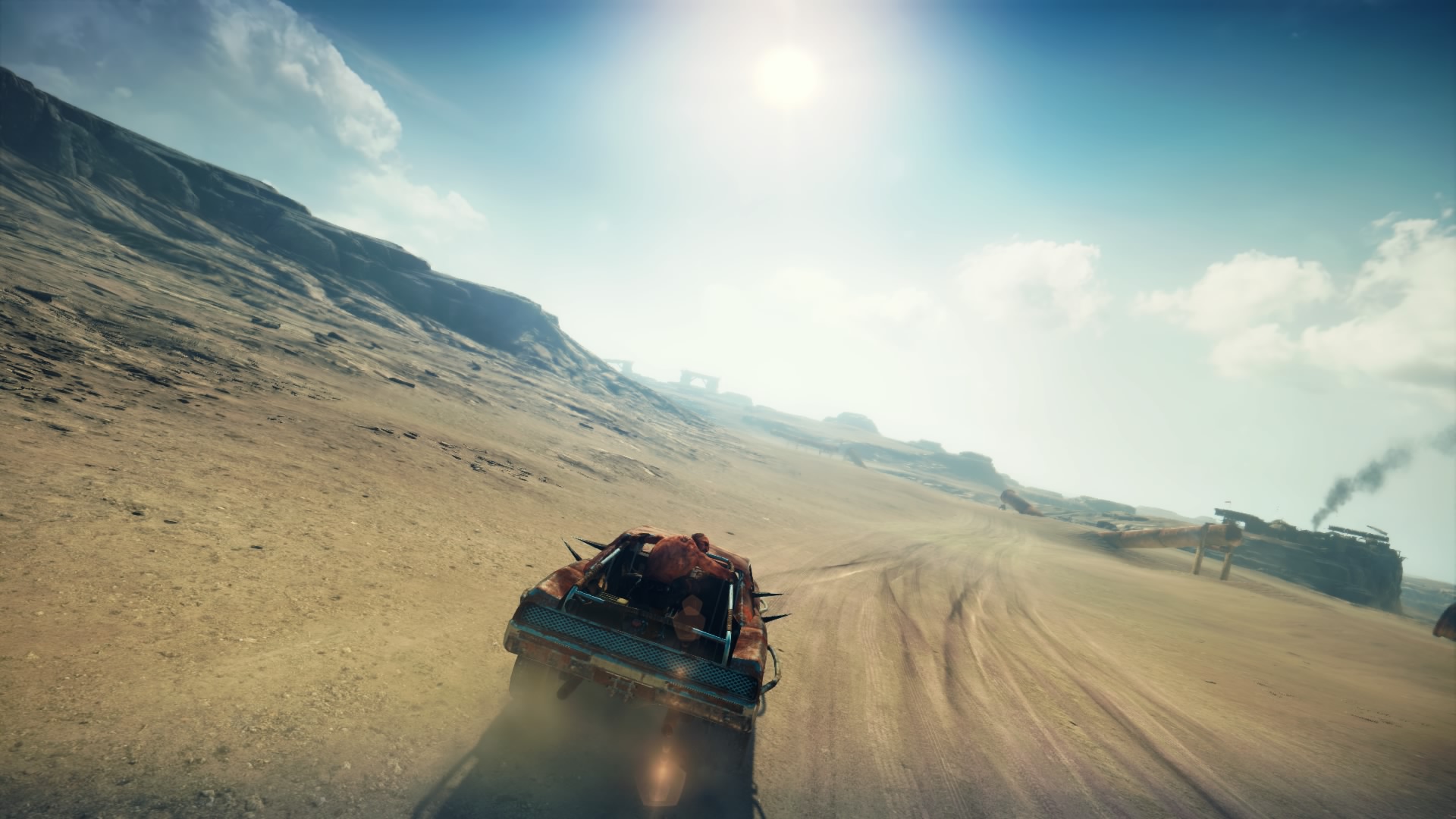 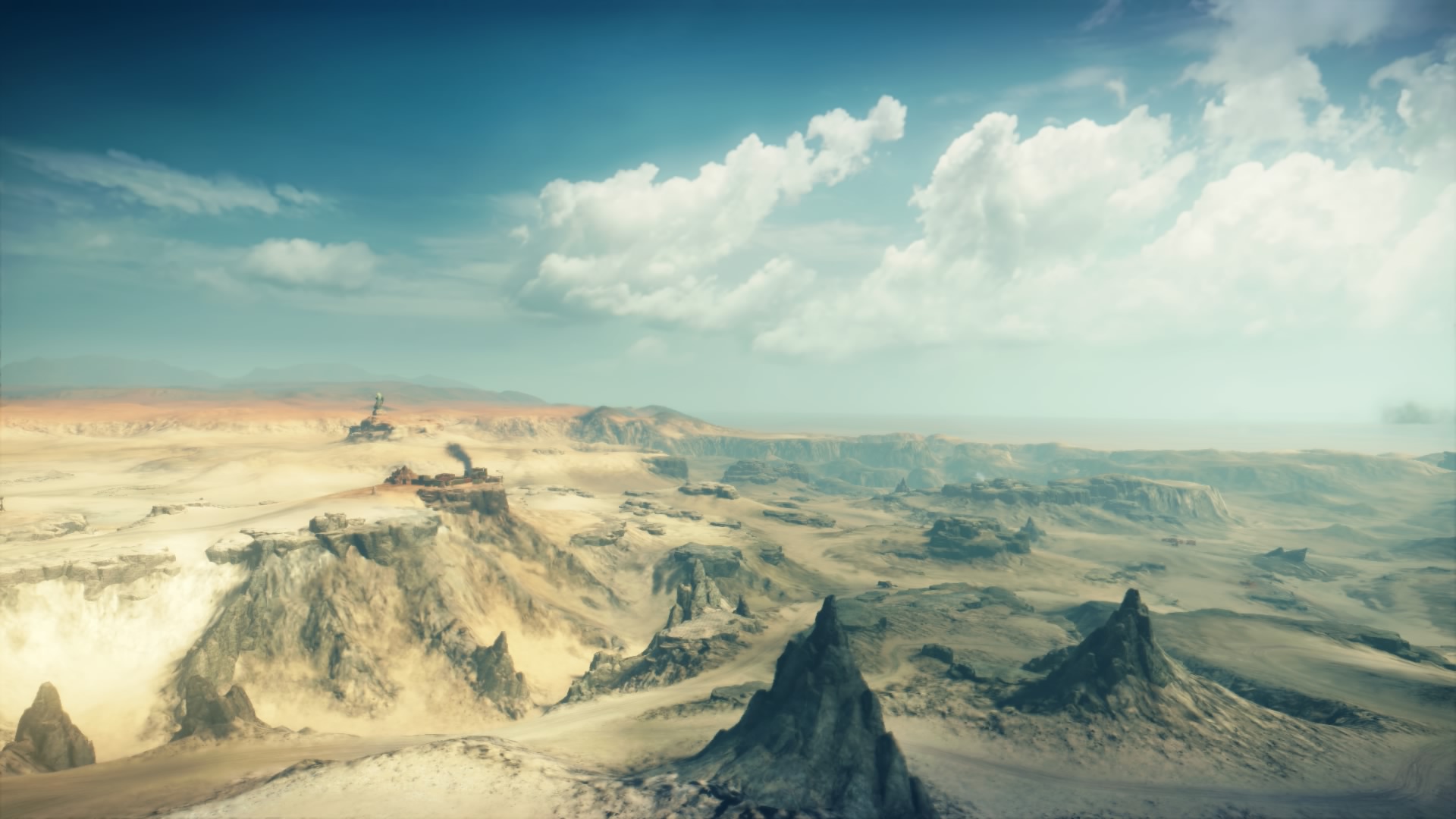 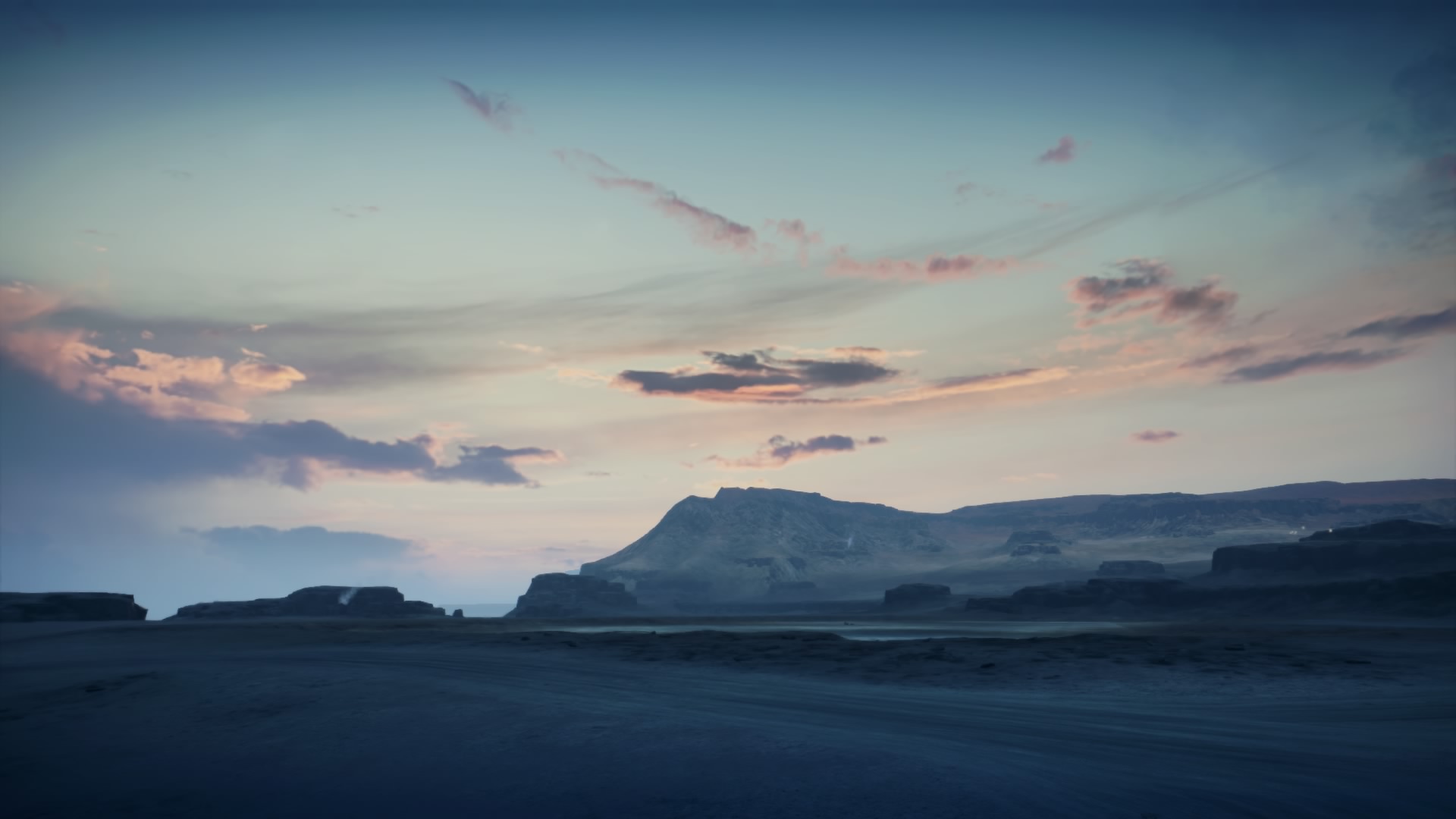 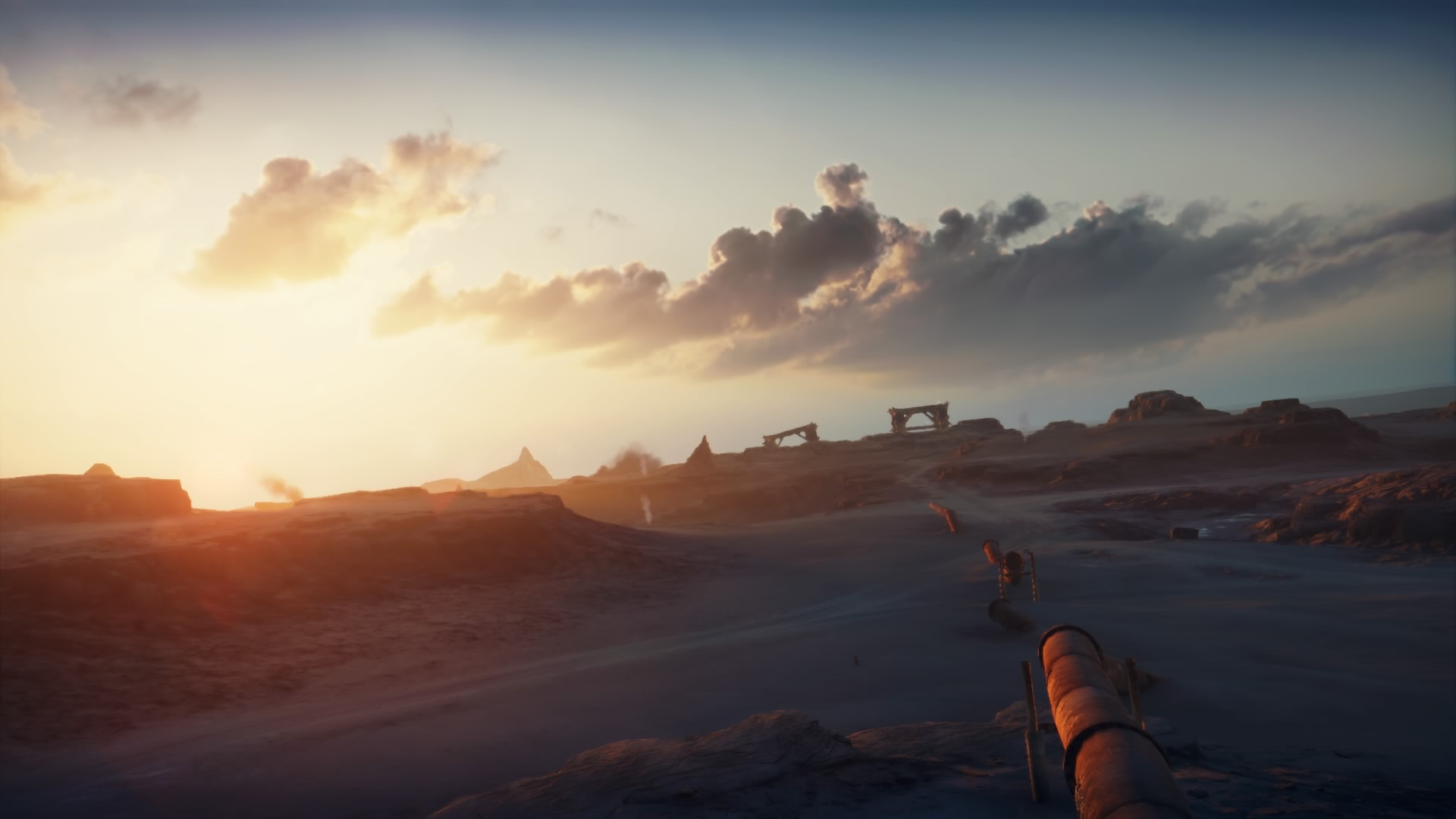 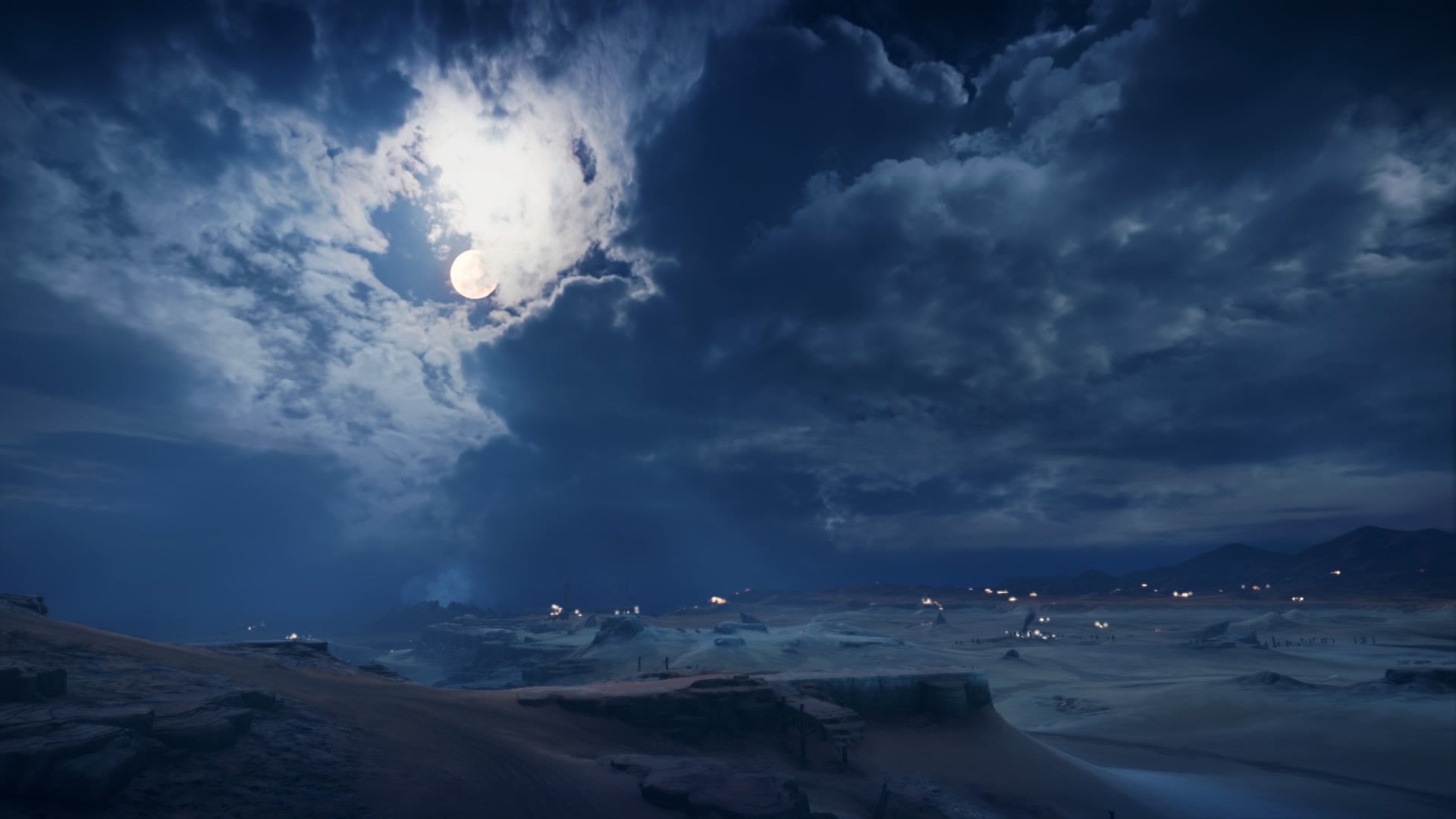 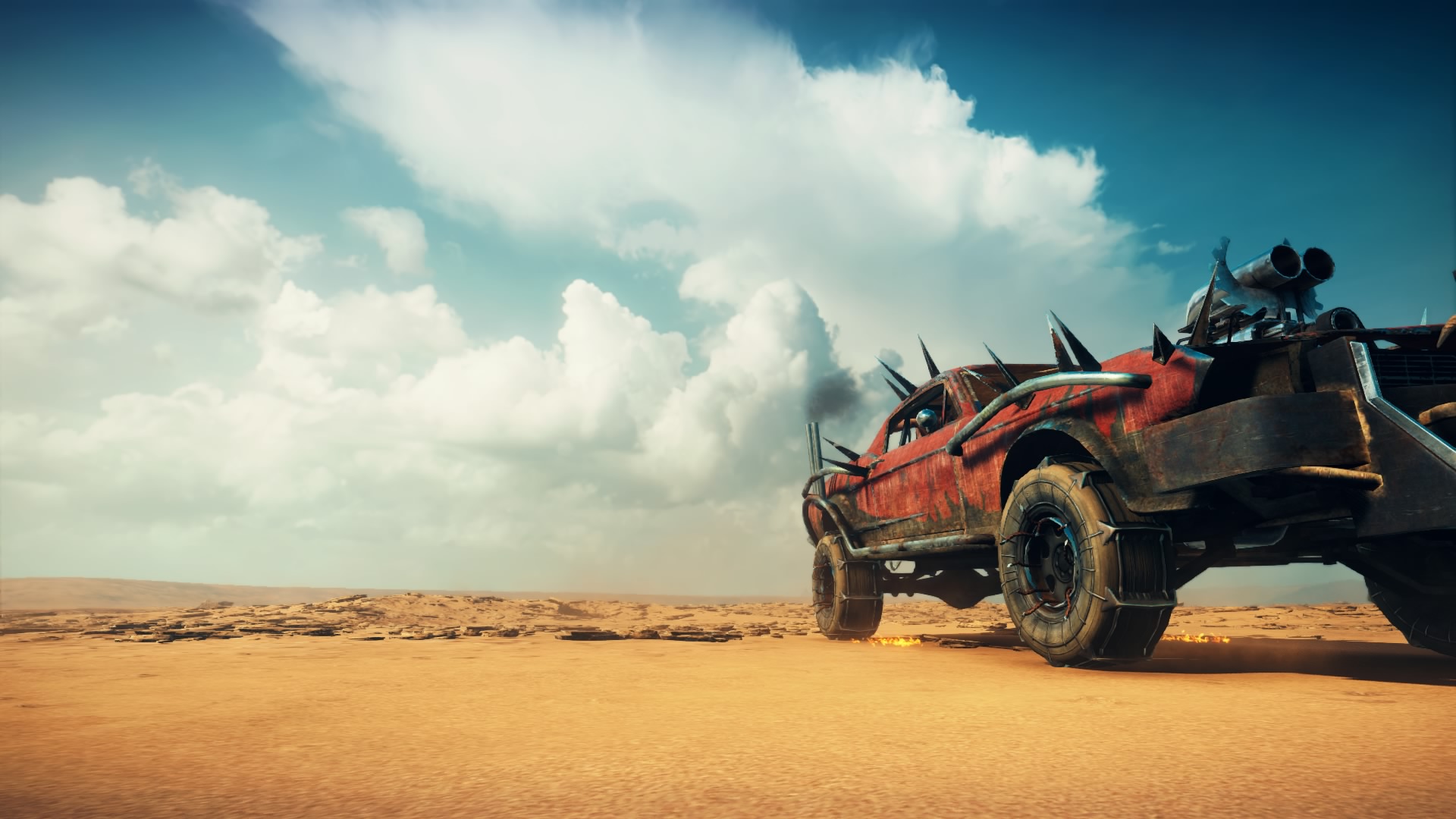 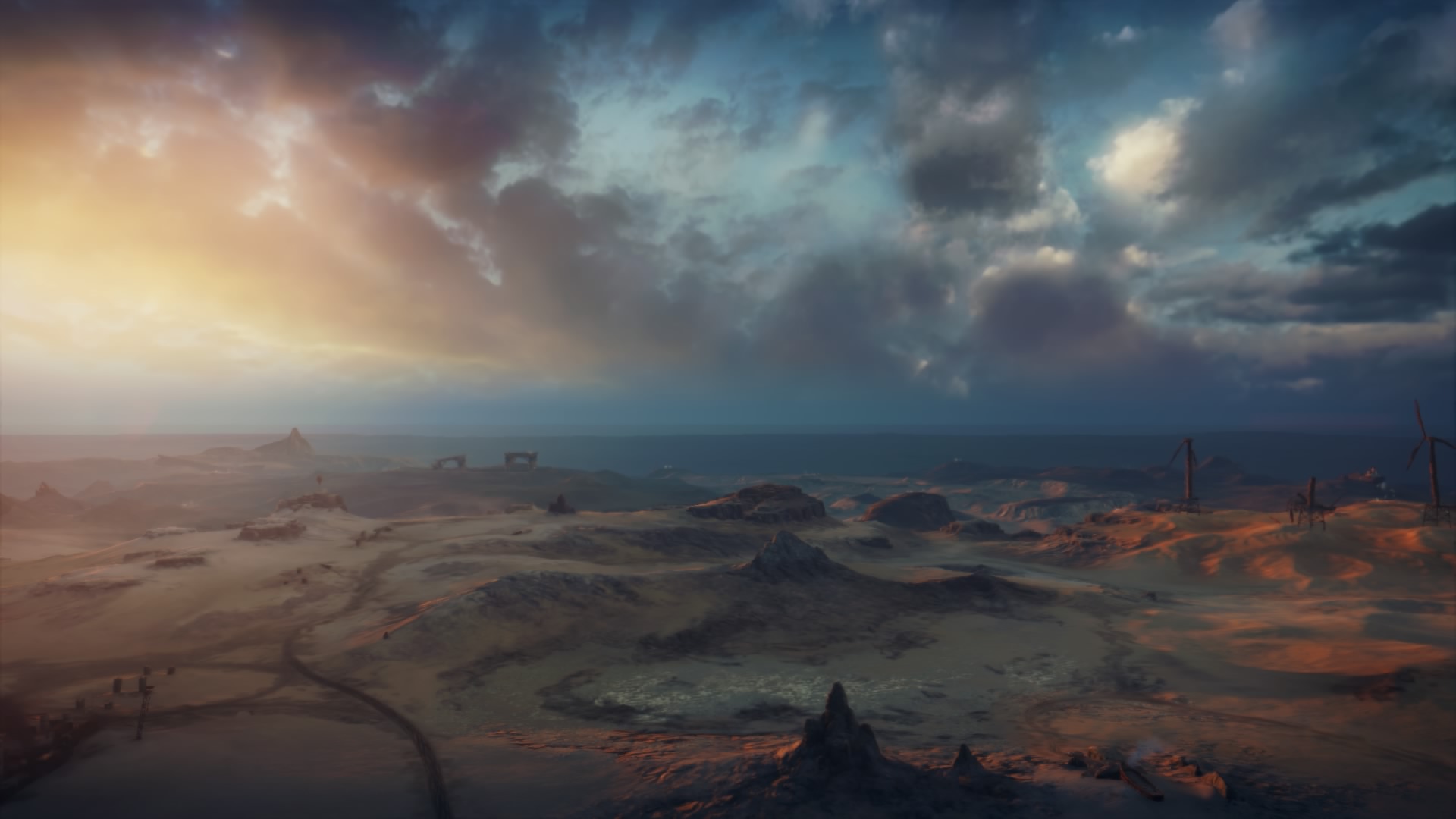 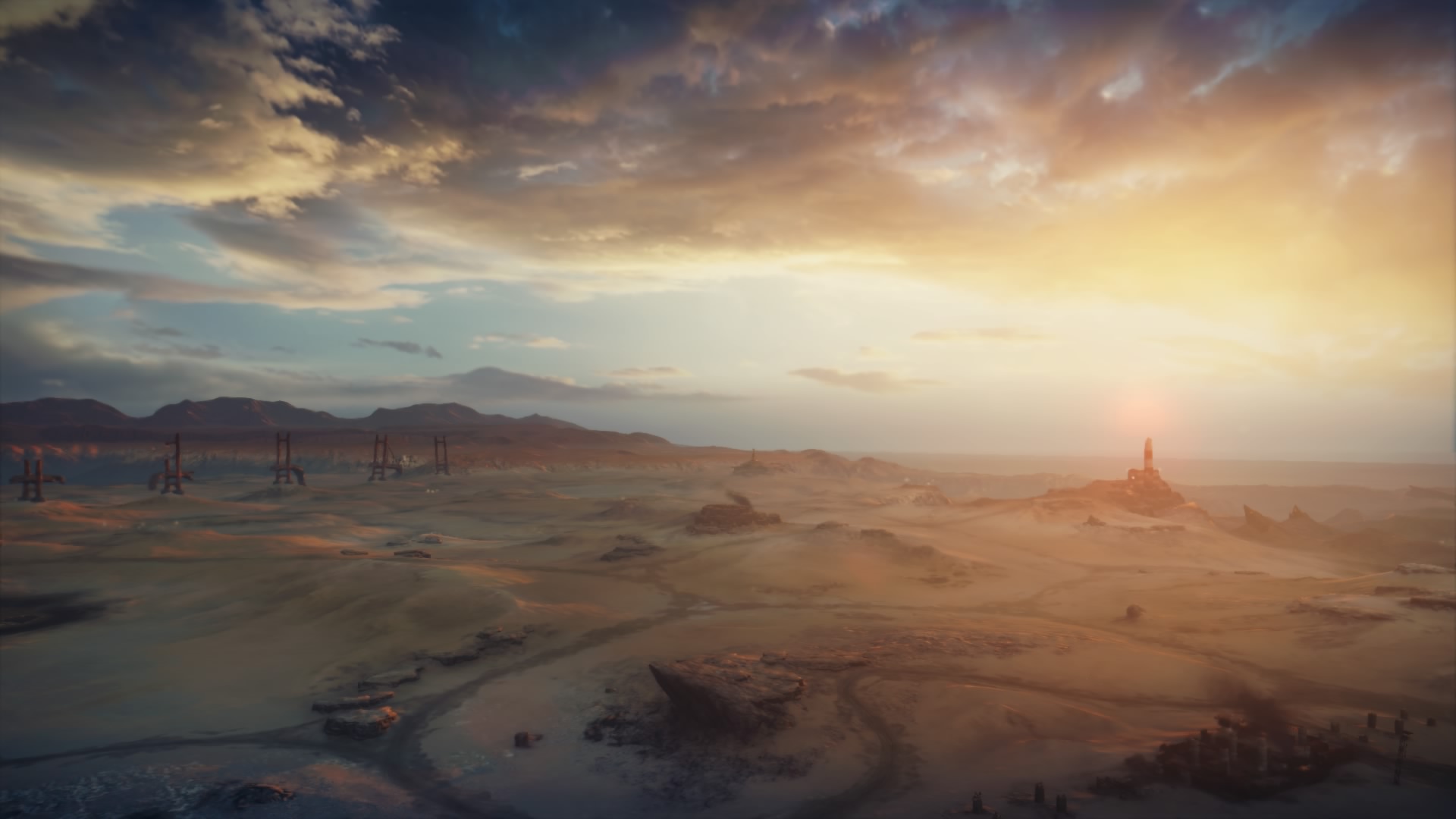 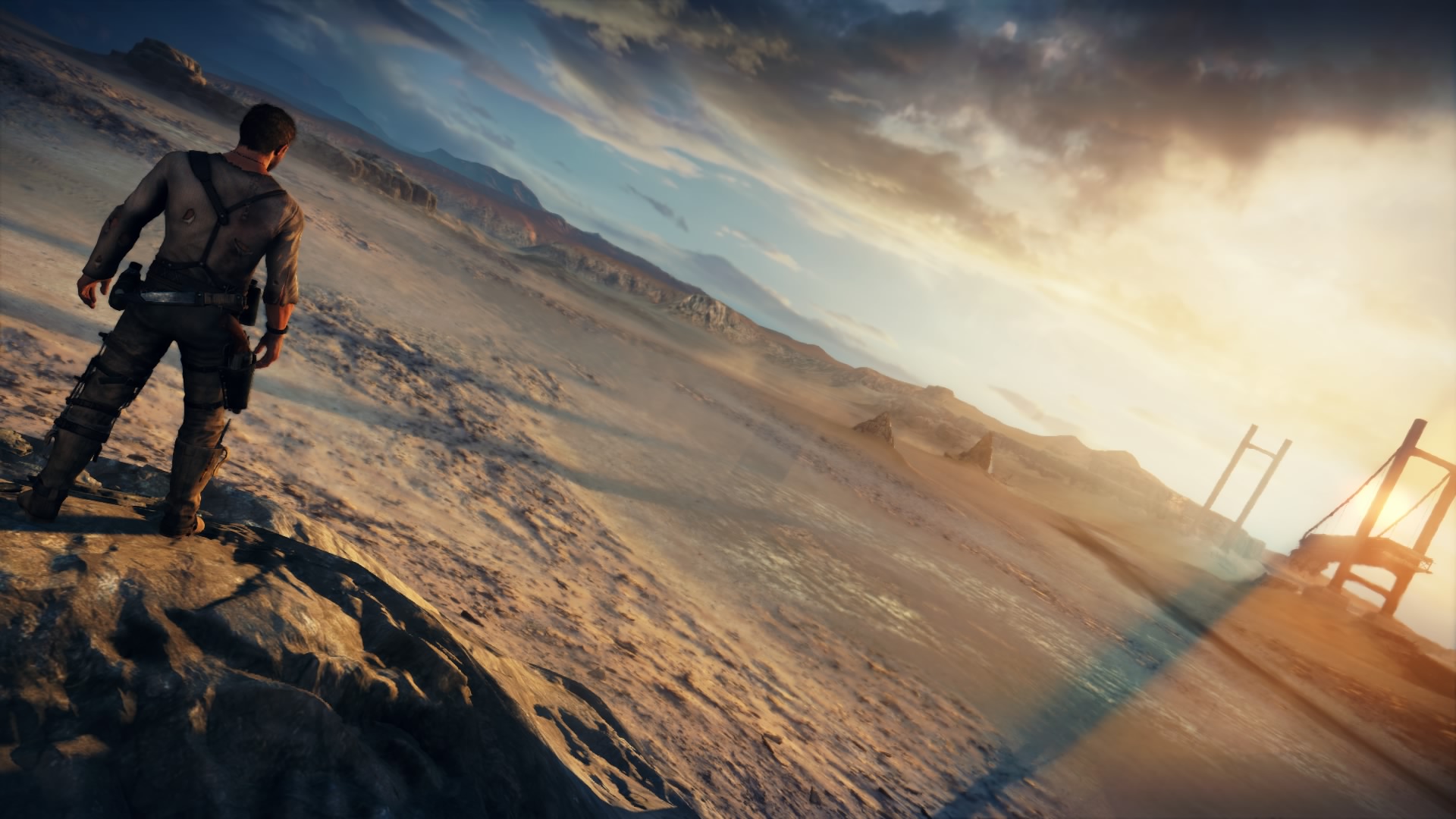 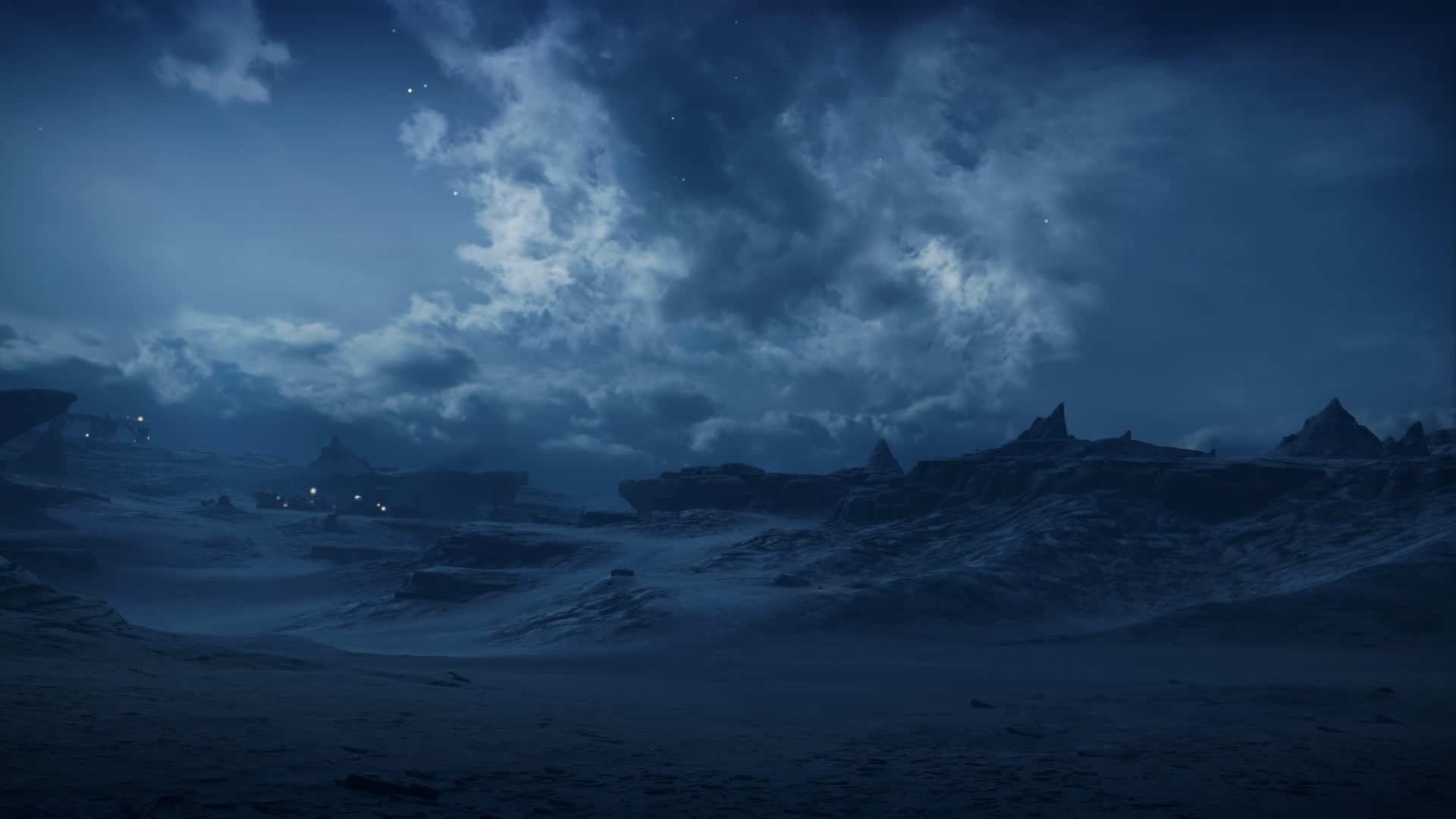 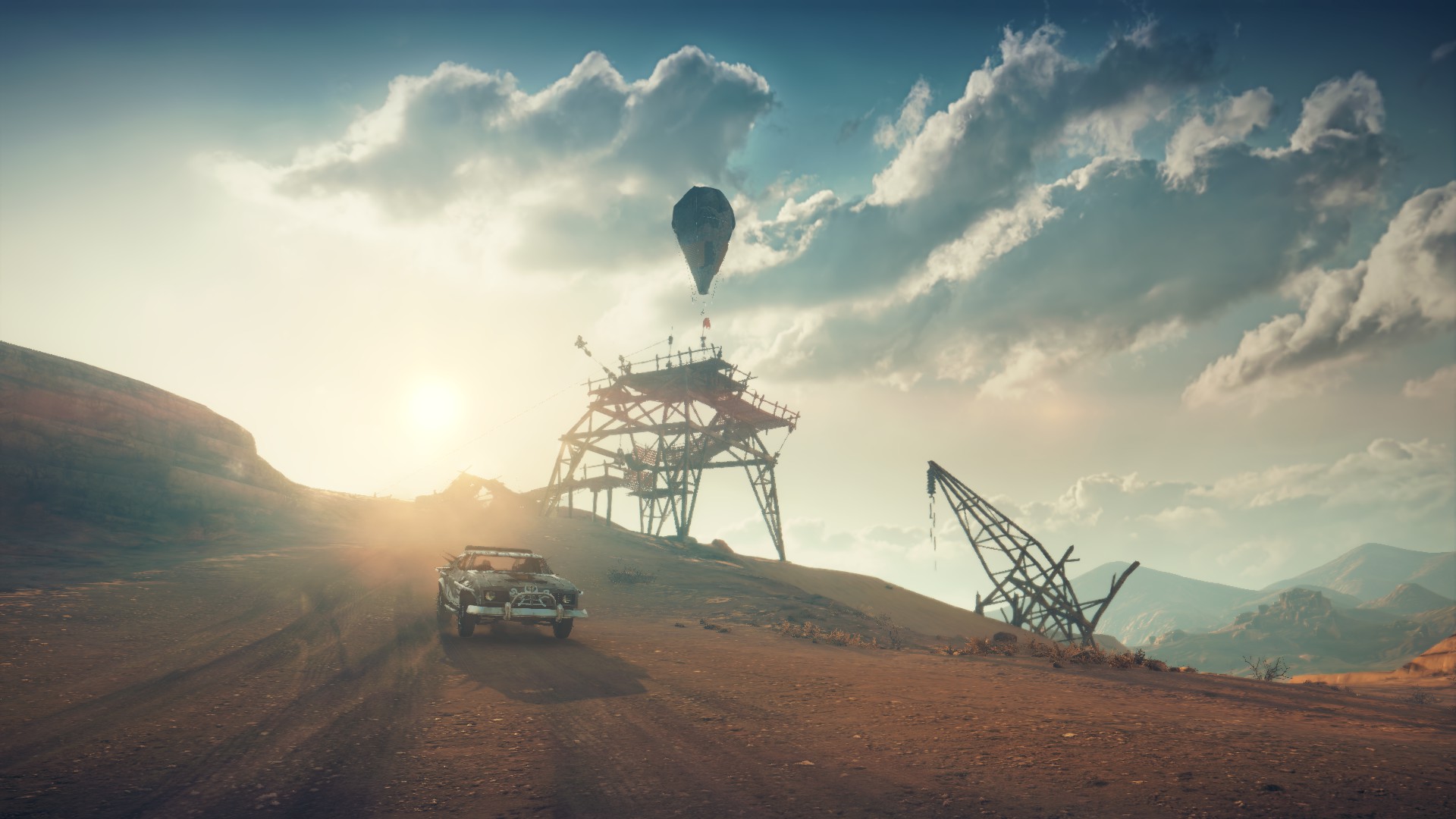 Some comments about the skyboxes in reviews:

“As the blinding blue sky turns to a crimson reddish dusk, and into the cold dead blue of night, the world changes drastically. The sky boxes create a tangible sense of scope and atmosphere in all weather conditions, and it’s truly spectacular.” Telegraph UK

“...probably one of the best skyboxes I've ever seen in a game.” Giant Bomb

“The sky changes everything, too. Skyboxes are wonderful tools for making you feel absolutely tiny, and Mad Max uses them bloody brilliantly. Dawn, day, dusk, and night all feel completely different, and cloud cover affects the mood as you travel from point to point. Even with a ginormous, practically empty play space, the fact that the manual act of driving feels so good, beneath these widescreen skies, keeps your attention locked.” VICE

“It features a day and night cycle with a breathtaking skybox that you'll find yourself staring at every now and again. It almost seems as if every sunset or sunrise is different from the last.” Windows Central

the skyboxes sell the post-apocalyptic drama better than any other element, from their milky blue beauty through to more menacing hues. Eurogamer

“The sky box and day night cycle are breathtaking and if players are anything like me, will be taking entirely way too many pictures.” ZTGD

“The horizons are some of the best I have seen in an open-world affair, leading to a few seconds of silent appreciation ... A better day and night I have, I think, not seen in videogames. The twilight that two full days together covenant was combined with the sand, even so melancholically beautiful that I really leveling the car at one point had to put aside to enjoy the view.” CulturedVultures "There’s always something impressive to gawk at on the horizon [...] It’s beautiful, even though it’s a hellscape." PCGamesn “Da er det øde landskapet blant de peneste spillverdenene jeg har sett, med fabelaktige himmelhvelvinger og en utrolig god fargebruk. Jeg tar meg ofte i å måpe over hvor pent det hele ser ut idet kjøreturen lister seg over den lokale bakketoppen.” Gamers.no “...there’s a real sense of style despite the brown look, especially when it comes to the gorgeous sky.” Godisageek "The day-night cycle especially looks fantastic, with sparing clouds and a beautifully red moon in the sky most nights." Stevivor